The gourmets of deli meats are undoubtedly well-familiar with the word-figurative trademark which represents the characteristic logo of a master butcher along with the words “HENRYK KANIA”. The owner of the trademark – the company Zakłady Mięsne Henryk Kania (“Meat Factory Henryk Kania”) fell into financial trouble, which in the worst-case scenario may end up in declaring bankruptcy. There are many speculations as to the company’s future, while negotiations are pending and recovery plans are awaiting their implementation. The company’s property is in the scope of interest of three other companies, including HK Trade, the subsidiary of Zakłady Mięsne Henryk Kania.

Regardless of the outcome, let us have a closer look at what may happen to the company’s non-material assets such as trademarks, if the company is taken over. 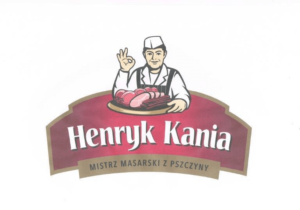 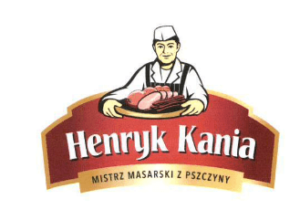 Moreover, in Poland the factory Zakłady Mięsne Henryk Kania S.A. is the owner of the Polish word-figurative national registration in the Polish Patent Office:

R.277242 and the word trademark Zakłady Mięsne Henryk Kania no. R.314200, plus numerous trademarks which constitute the shape of packagings of products and include the word element “Henryk Kania”.

After the transfer of business, the trademarks – as its non-material components – will become the property of the new owner. However, the current owner of the company – Mr. Henryk Kania claims[1] that even after selling the company, its new owner will not be authorized to use the first and last name “Henryk Kania”, which are Mr. Kania’s personal rights. But is he right indeed?

Without question, the first and last name “Henryk Kania”, in the sense of personal rights, will still belong to Mr. Henryk Kania, as regardless of separate regulations, they are protected under the civil law. However, the words “Henryk Kania” being the elements of trademarks, can be used by the new owner of the company Zakłady Mięsne Henryk Kania as an integral part of the acquired trademarks.

The case after changing the ownership of the company will be such that each party of a potential dispute will have their justified rights. The new owner of the company Zakłady Mięsne Henryk Kania, as a legal successor and the owner of the trademarks, will be able to use them in the registered form. At the same time, Mr. Henryk Kania will hold his personal rights to the first and last name. Thus, the rights of both parties will be contradictory. On one hand, the owner of personal rights will be entitled to claim the cessation of infringement of his rights, while on the other hand the new owner of the company will be fully authorized to use the trademarks.

What Mr. Henryk Kania can do in order to prohibit a third party from using his first and last name, is to file in the European Union Intellectual Property Office the requests for cancellation of the above mentioned European Union trademarks on the basis of his earlier personal rights. Unfortunately for Mr. Kania, the outcome of such proceedings is unpredictable, while the potential action will be certainly going on for a long time. 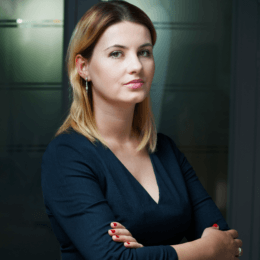 Joanna Rafalska is Trademark Attorney Trainee in the department of trademarks and industrial designs. She graduated from law at the Catholic University of Lublin, and completed post-graduate studies in intellectual property law at the Jagiellonian University. At Patpol, she supports the work related to obtaining and maintaining protection of trademarks and industrial designs of our clients. Contact with the author

END_OF_DOCUMENT_TOKEN_TO_BE_REPLACED

BREXIT – what will happen with European Union Trademarks and Community Designs?