Brexit is the word which has been evoking a lot of emotions for a few years now because of its legal effects, in particular among the companies, for which the United Kingdom is an essential market.

As it has been announced in the communication at the official website of the British government, January 31st 2020 is the remarkable date when the UK exits the European Union – the exit day. (October 2019 update)

What is going to happen to the European Union Trademarks and the Community Designs?

Assuming that the date of the United Kingdom leaving the European Union is not delayed or once again re-scheduled, as from January 31st 2020 (October 2019 update) the situation of the European Union Trademarks and the Community Designs will be changed. Any terms for undertaking any potential actions will start to run as from the exit day.

The European Union Trademarks and the Community Designs registered till the exit day will automatically be granted the rights to the national applications in the territory of the United Kingdom. 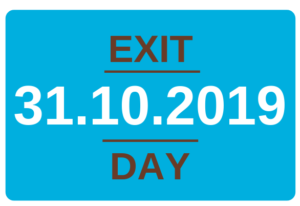 The priority dates, the dates of application and registration will be maintained.

Trademarks and designs will be given new national registration numbers in the UK, unless their owners are no longer interested in maintaining protection.

The protection of rights will continue to be in force till the renewal date in the EU, while further renewals will be governed by the national laws of the United Kingdom.

What about pending applications?

The European Union Trademarks and Community Designs, which are still in the phase of pending applications until the exit day, will not automatically be granted the rights to the national applications in the UK. In order to obtain protection in the UK, the applicants will have to file the relevant requests within 9 months of the exit date.

The filing of the relevant request will allow to maintain the European Union priority date of trademark and design applications, however further proceedings concerning their registration will be governed by the national procedure before the United Kingdom Intellectual Property Office, and registration will be subject to payment of additional fees and appointment of the local representative. 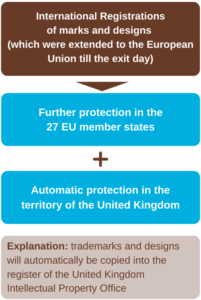 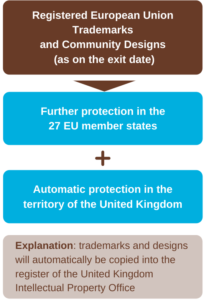 How renewals will be made?

The renewals of the registered European Union Trademarks and Community Designs, the protection of which will be recognized in the territory of the UK, will be governed by the United Kingdom Intellectual Property Office.

This means in practice that the owner of a right of protection, which was previously valid in the European Union, will have to go through additional renewal procedure in the UK and make the relevant payments to the account of the United Kingdom Intellectual property Office.

The communications issued so far indicate that the marks freshly copied into the register of the United Kingdom Intellectual Property Office will be under an obligation of being put to independent use in the territory of the UK only after passing the 5-year period from the exit day.

In other words, if a trademark of the European Union is registered and already falls under an obligation to be put to genuine use in the EU, and the holder of the mark is using it in the part of the countries of the EU, for example – in Poland, Germany and Spain, such use will be recognized by the United Kingdom Intellectual Property Office as the use in the territory of the UK for the period of the first 5 years from the exit date.

The agreements signed by trademark and design holders

As there is no administrative body of the European Union dealing with granting patents for inventions and utility models, patents will not be affected by Brexit.

What precautions should be taken?

Considering the fact that Brexit will have serious impact upon further continuation of rights to the European Union Trademarks and Community Designs in the UK, it is advisable for the companies which are the owners of such rights (especially those for which the EU market is of particular importance) to make an audit of their intellectual property portfolio in cooperation with a professional trademark and design attorney, in order to make a plan of how to proceed on the basis of the above described actions, which should be taken to ensure the continuation of one’s rights after Brexit. 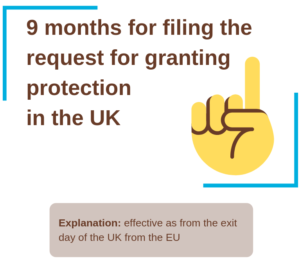 The above information has been prepared to the best of our knowledge on the basis of the state of facts available as on 31st October 2019. Please kindly note that this publication is not an official communication, and part of information presented herein may undergo further changes. 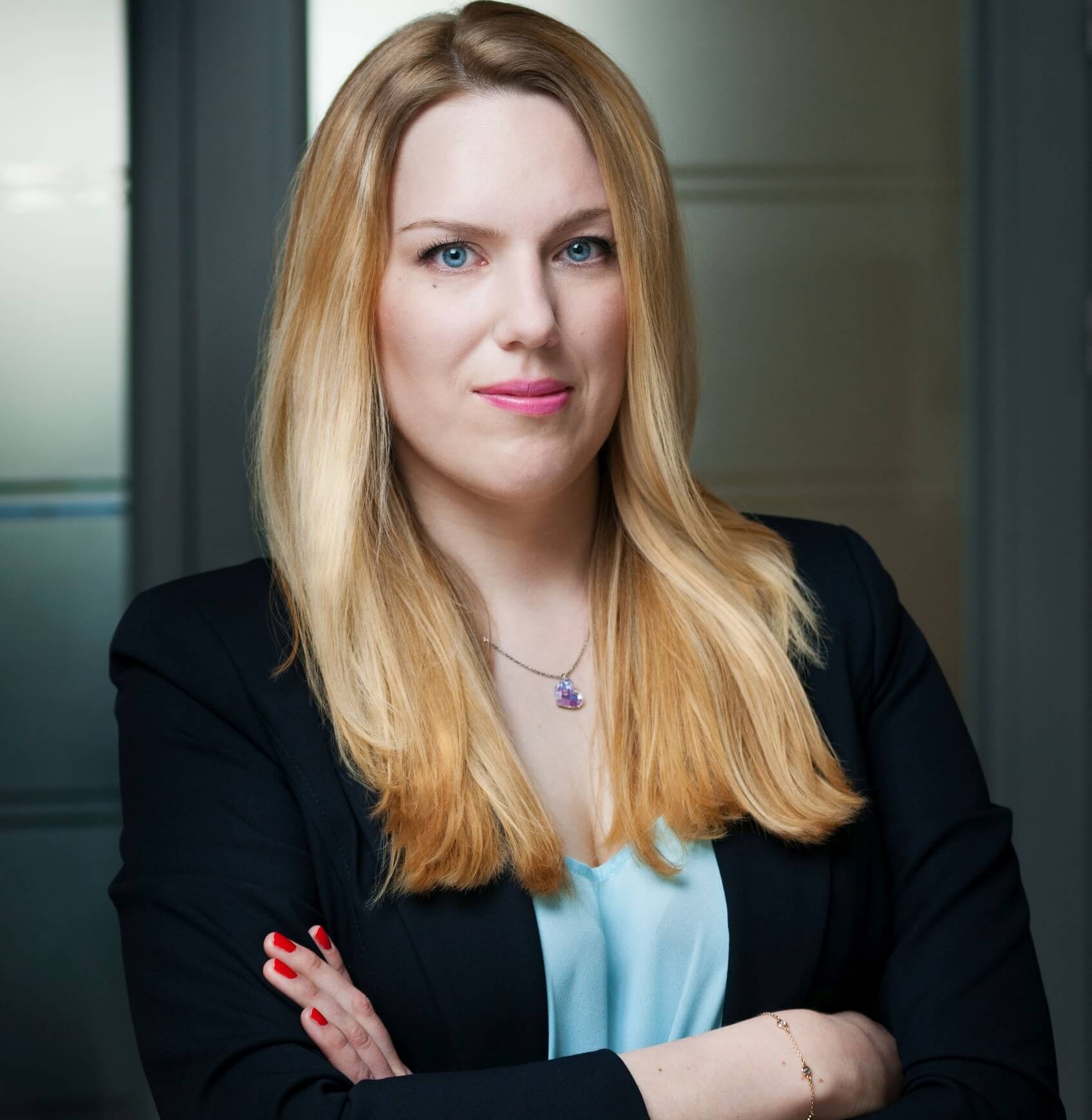 END_OF_DOCUMENT_TOKEN_TO_BE_REPLACED

Facebook Twitter Pinterest linkedin Telegram
The gourmets of deli meats are undoubtedly well-familiar with the word-figurative trademark which represents the characteristic logo of a master butcher along with the words "HENRYK KANIA". The owner of the trademark - the company...