– formal and legal examination of the application for a European patent;

– conducting a European search by an EPO examiner, ended with a presentation to the Applicant of an opinion on patentability of an invention, together with a list of documents that will be taken into account in the assessment of novelty and the inventive level;

– substantive examination, during which it is verified whether the invention meets the requirements of novelty, inventive level and whether it is suitable for industrial application;

– issuance of a decision on granting a patent.

Along with introduction of the European patent with unitary effect, the examination procedure for European patent applications will not be changed. What will be changed, however, will be the introduction of an additional option in the proceedings after a decision on granting European patents. Thus, after a European patent has been granted, the patent holder will be able to validate the European patent in each EPC member state, as it has been done so far, or, in accordance with the new possibility, during the validation procedure the holder will be able to file an application for registration of a European patent with unitary effect and thus obtain a unitary patent for the 17 participating countries in the unitary patent system, and additionally conduct national validations in non-participating countries, as it has been done so far. Thus, it will be up to the patent holder, based on one’s own protection strategy, to decide which option to use.

A necessary element for the launch of the so-called unitary patent system, in addition to the introduction of a European patent with unitary effect, is the establishment of a Unitary Patent Court (UPC). The UPC will have a two-instance structure. The Court of First Instance will include a central branch and local and regional branches. The central branch will be based in Paris and have branches in Munich and originally in London (due to Brexit, its place may be taken by Milan). Local and regional branches will be located in each member country of the system. The Court of Appeals will be located in Luxembourg.

The UPC will be responsible for infringement and invalidation proceedings for all European patents with unitary effect. The local branches will have jurisdiction over infringement cases, while the central branch will adjudicate on the European patent invalidation cases. A key difference to the proceedings currently conducted will be the ability to enforce the ruling made by the UPC’s local branches in each member country of the system. This will result in a situation where it will be necessary to conduct only one dispute, before the court of one country. Thus, it should be stressed at this point that a unitary patent may also bring an undesirable effect for patent holders, since they may lose patent protection in all the countries covered by a European patent with unitary effect in consequence of a single court decision. For this reason, the strategy of protecting one’s inventions chosen by patent holders will be important, as obtaining a European patent with unitary effect will not always be the most desirable option.

From the beginning Poland has been a member of the EU’s enhanced cooperation procedure seeking to establish the unitary patent system, but has not signed the UPC Agreement [4]. Thus, currently, Poland will not be a member of the unitary patent system. European patents will continue to be valid in the territory of Poland through the validation procedure before the Polish Patent Office. Disputes over the validity of these exclusive rights, as well as disputes over their infringement, will remain in the jurisdiction of the competent national authorities. 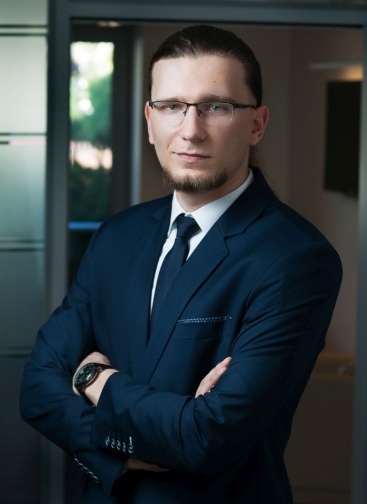 Maciej Fajkowski is a patent specialist in Patpol. On a daily basis, he supports the process of patent registration for large customers from the field of electronic industry and production of equipment for industry and households. Maciej is a graduate of the Warsaw University of Technology, which he graduated from the Faculty of Transport, obtaining the title of an engineer with a specialization in safety engineering and transport ecology.