It was already back in the 19th century when the practice of patenting started to deal with inventions in the field of biotechnology. It is assumed that the first biotechnological invention to have been patented was an American patent granted in 1873 in the name of Ludvik Pasteur, which concerned the method of improving the process of brewing beer and ale.

It is believed that modern biotechnology was originated by the discovery and creation in 1953 of the model of spatial structure of DNA, which is the carrier of genetic information contained within DNA sequences (genes). Owing to development of molecular biology, it became possible to identify not only the respective DNA sequences and their biological functions, but also to isolate the particular genes, and then introduce these isolated genes from one organism to the genome of another organism and to make its reproduction (for example, by way of cloning) in order to obtain a particular protein substance. As it can be expected, in the beginnings the genetic modifications consisting in introduction of external genes concerned microorganisms, mainly bacteria. As soon as the new improved strains of bacteria had been obtained, there appeared the desire to have them patented, which in turn initiated the dispute about biotechnology in the context of patent law.

In re Bergy case

The history of patenting living organisms has already had a fairly long pedigree. One of the first better known disputes concerning the patenting of living organisms was the case designated as “In re Bergy”. The examiner refused to grant a patent in the name of Bergy and co-inventors, having argued that the culturing of microorganisms called “Streptomyces vellosus” was “the work of nature.” Despite an appeal against the said decision, it had been stated once again that patent law does not provide the possibility of patenting anything living. It was only the US Court of Appeal which considered the refusal based on “the work of nature” argumentation to be completely groundless. According to the Court, “the culture does not exist in nature, cannot be found in nature, nor is it the product of nature.” “The culture is man-made, and its production is possible only in specifically controlled laboratory conditions.” Bergy had developed a purified culture of a previously known bacteria. He had not developed a completely new one. This already known bacterium, “Streptomyces vellosus,” had gained the capability of highly increased production of an important antibiotic – lincomycin. The bacterium had not existed in nature in the form of a pure culture. In contrast, it existed in soil as a complex colony of bacteria, and this naturally existing bacterial complex “could not have been used for manufacturing the desired product in any known conditions of fermentation.” The microorganism existing in its natural form, before being purified, had been useless for manufacturing purposes.

Yet another loud case was the dispute between the Commissioner for Patents and Trademarks, Sidney Diamond, and a microbiologist of Hindu origin – prof. Ananda Chakrabarty.

The case had its beginning in 1971 when prof. Chakrabarty, who was working then for General Electric Company, had genetically modified a new species of bacteria from the genus Pseudomonas, which was capable of absorbing and decomposing crude oil substances.

At that time, there had been known four species of bacteria being able to metabolize crude oil, however upon being introduced into a crude oil leak they started competing with one another, thus limiting the amount of crude oil which was metabolized. The genes, which were responsible for decomposing crude oil, were transferred via plasmids, which in turn could have been transferred between the bacteria species.  By exposure of the transformed organism to UV light rays after the transfer of the plasmid,  prof. Chakrabarty discovered the method of genetic crosslinking, owing to which  he stabilized all four plasmid genes and created a new stable species of bacteria (currently known as Pseudomonas putida) being able to decompose crude oil faster than the previous four species. The new bacterium, which prof. Chakrabarty called „multi-plasmid hydrocarbon decomposing Pseudomonas”, was able to “digest” two thirds of hydrocarbons, which could be found in a typical crude oil leak.

The worldwide attention was attracted to the new bacterium when prof. Chakrabarty filed a patent application, which was the first patent application concerning a genetically modified organism. Initially, prof. Chakrabarty met with refusal of granting a patent, because it was considered that the patent law does not provide a possibility of granting patents for living organisms. However, when the case moved on further to the Court of Appeal of the United States, the Court dismissed the complained decision, arguing that the fact that microorganisms are living, is irrelevant from the legal point of view to the patent law.

The Commissioner for Patents and Trademarks, Sidney Diamond, filed an appeal to the US Supreme Court against the decision of the Court of lower instance. However, the Supreme Court rejected Sidney Diamond’s appeal and granted the patent in the name of prof. Chakrabarty. The Supreme Court’s decision on granting the patent was based on the conviction that any outcome of work which is the result of human inventiveness shall be patentable.

What is interesting to note, before the year 1980 there had only been very few biotech companies. After the issuance of the above mentioned decision in the Diamond v. Chakrabarty case, the biotech branch had observed a significant growth. Was it a coincidence? 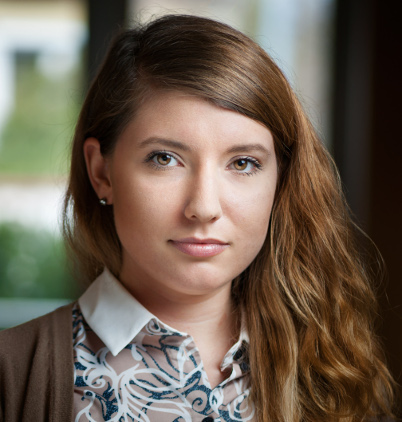 Barbara Milczarek is a Polish Patent Attorney in patent department in Patpol. She specializes in patent applications in the field of chemistry, pharmacy and biotechnology. She is a graduate of the Faculty of Biology at the University of Warsaw, from which she graduated with a master’s degree in Biotechnology. Her specialization is Applied Microbiology. Contact with the author