On 24 March 2016 a Spanish company, Gaudí BCN Projects S.L., filed in EUIPO a trademark application no. 015270077 having the following representation: 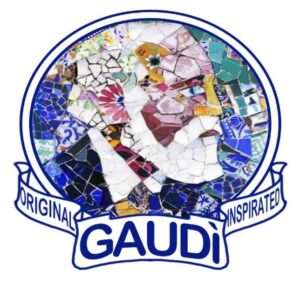 The above mark was applied for services in class 35 (among others for “sale in shops or via global telematic networks of promotional or advertising goods, works of art, craft objects, publications, cultural goods and, in general, goods relating to the life and work of the architect Antoni Gaudí”) and class 42 (including among others “research relating to design and architecture; design services for architecture; expert opinion relating to technology; services for the provision of technological information”). The mark was registered by EUIPO on 29 July 2016.

Subsequently, on 28 November 2018 a Spanish foundation Junta Constructora del Temple Expiatori de la Sagrada Familia  (Fundación) filed in EUIPO a request for invalidation of the above mentioned trademark in whole in respect of all the services from classes 35 and 42.

4. The right to the first and last name “ANTONI GAUDI”;

5. The right to the personal image of ANTONI GAUDI;

in whole. The decision was based upon the collision with the earlier right to the surname.  On 1 June 2020, Gaudí BCN Projects S.L. from Spain filed an appeal against the above decision, however the EUIPO Board of Appeals by virtue of a decision no. R 1100/2020-5 of 29 January 2021 dismissed the appeal and sustained the decision on invalidation of the subject mark in whole in respect of all the services in classes 35 and 42.

The Board of Appeal argued in the reasons of its decision that the Opponent (Junta  Constructora del Temple Expiatori de la Sagrada Familia (Fundación)) in the discussed case for invalidation was authorized to represent the rights of Antonio Gaudí and may prohibit a third party from using a trademark including the aforesaid family name in Spain. Moreover, the Applicant (Gaudí BCN Projects S.L.) had not proved that he had the Opponent’s express consent to apply for a trademark including the surname GAUDI which is famous worldwide and in Spain.

How does it work in Poland?

Pursuant to art. 1321 par.1 pt. 1 of the Polish Law on Industrial Property (hereafter: „the IP Law”), after examination of the opposition, referred to in art. 1526a par. 1 or art. 15217 par. 1 of the IP Law (these regulations of the IP Law determine the possibility of filing oppositions against trademarks applied in the Polish Patent Office as national marks or international registrations designating Poland), which is recognized as justified, a right of protection shall not be granted for a trademark, the use of which would infringe personal rights or property rights of third parties.

Consequently, if a Polish national trademark or an international mark designating Poland incorporates in its contents personal or property rights of third parties (who prove this fact), and these parties file an opposition against granting protection for such trademark, which is subsequently found justified by the Polish Patent Office, then such mark will not be registered.

In Poland, there is a number of trademark registrations incorporating names, surnames, pseudonyms or images, for example: 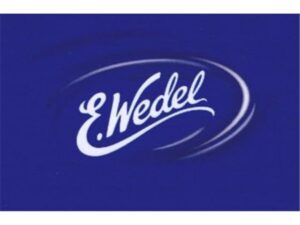 How can personal right to a surname be infringed?

Surname is a designation of  a physical person, a symbol and emanation of the person’s identity (by G. Tylec „Physical person’s name and surname and their protection under the Polish civil law” published: Lublin 2013).

The surname, as a personal asset in the meaning of art. 23 of the Civil Code (hereafter „CC”),  may at the same time constitute a trademark – (judgment of the Supreme Administrative Court as of 20th September 2006, case no. IIGSK115/06).

In case of a conflict between the applied or registered trademark including a surname with an individual right to that surname, the person whose personal asset (the right to the surname) has been infringed, may demand the cessation of activities infringing that person’s rights (by filing an opposition to such trademark), or demand the prevention of registration in the Polish Patent Office (by filing a request for invalidation of the contested right of protection).

However, the very fact that a trademark incorporates a surname being the surname of another person does not automatically mean that the infringement of personal rights has occurred.

In the face of a countless number of surnames, one may hypothetically assume that nearly every  applied trademark may simultaneously be someone’s surname.

The infringement of a personal right being the right to the surname is deemed to have taken place, if the applied trademark, which consists of a surname, may evoke among the recipients the association between a particular person and the trademark, in which that surname has been used.

It is worth mentioning the decisions of 13th May and 10th June 1937, in which the Appeal Department of the Polish Patent Office stated that personal rights may be infringed if a surname is used in a trademark in order to enhance its attractiveness, and simultaneously the surname belongs to a particular person. However, such situation does not occur if one uses the surname of an extinct family line, or the surname of a person who has not become commonly known to the general public in Poland.  Undoubtedly, a commonly known image in Poland and also the first and last name is “Fryderyk Chopin”.

As regards the possibility of applying for trademarks including the name „Fryderyk Chopin” or his image, essential is the Act of 3rd February 2001 on the Protection of Fryderyk Chopin’s Heritage.

However, it is possible to obtain the consent of the National Institute to use Fryderyk Chopin’s first and last name, or his image. Consequently, there exists a number of registered trademarks, for which such consent has been given, for example: 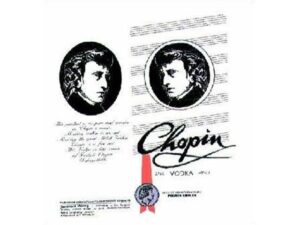 How can personal right to a first name be infringed?

First name plays a similar role like surname – it individualizes a person. Usually, a first name by itself without a surname is not sufficient to distinguish a particular person. Consequently, the use of a first name in a trademark will not result so often in the infringement of personal rights of third parties on the grounds of the IP Law, unless “the context of exposing the trademark does not leave any doubts that the first name concerned belongs to a particular person.”

The above case occurred when the first name „Marlene” was registered as a trademark on behalf of the company Lighthouse GmbH one year after the death of Marlene Dietrich in Germany.

How can personal right to a pseudonym be infringed?

A pseudonym, defined as ”an assumed surname, first name, or a chosen design, etc. used in printed publications and other public appearances instead of one’s own true surname” according to Popular Common Encyclopedia, published: Cracow 1996, like one’s first and last name, constitutes a personal asset in the meaning of art. 23 of the Civil Code, which may be registered as a trademark.

By virtue of a decision of 22nd June 2011, the Polish Patent Office, on the basis of art. 131 par.1 pt. 1 of the IP Law, refused to grant the right of protection for a word trademark „DODA ENERGY DRINK”.

In the reasons of its decision, the Patent Office indicated that registration of the above mark would infringe personal rights and economic rights of a Polish singer Dorota Rabczewska, who  is using a pseudonym “DODA” in her artistic activity.

How can personal right to one’s image be infringed ?

The Act of 4th February 1994 on Copyright and Related Rights, which regulates the issues concerning dissemination of an image, does not provide its legal definition. Likewise, the Civil Code, which mentions the right to the image in art. 23 as example of a personal asset, does not define this notion,

According to the authors J. Barta i R. Markiewicz, the image is most frequently associated with “the look of a person, being a set of external features which are characteristic for a given individual, in particular those features, which are most distinctive for the person’s look – namely the face” by J. Barta, R. Markiewicz – “Around the right to the image” published by ZNUJ PWiOWI, 2002.

The image, like first or last name, may constitute a trademark. By same, it may also infringe other parties’ personal or economic rights.

The Polish Patent Office, by decision of 6th November 2002 refused to register a word-figurative trademark ZAGŁOBA applied under no. Z.197492, destined for „spirits” in class 33, because the said mark was infringing personal and economic rights of third parties. 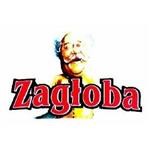 The graphic part of the Trademark represents the image of an actor – Mr Mieczysław Pawlikowski – playing the role of “Mr Zagłoba”, a character in the historical movie “Deluge” directed by Jerzy Hoffman.

The decision of 26th March 2012 is one more example of a decision of the Polish Patent Office  denying registration of a trademark incorporating personal image. In the said decision, the Patent Office stated that the applied trademark: Z.362390 WÓDKA NA MYSZACH PĘDZONA & device (presented below) destined among others for “spirits” or “restaurant services” could not be registered because it was infringing personal rights and economic rights of a Polish actor Mr Stanisław Tym: 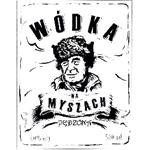 The graphic element represents a photo of Mr Stanisław Tym, which was made on the basis of a movie screen from a famous Polish comedy titled ”Miś” [“Teddy Bear”] directed in 1981 by Stanisław Bareja.

As it can be seen, it is not easy to create a trademark incorporating a surname or an image, as the applicant may be faced with claims from third parties raising allegations of infringing their personal rights.

Therefore, prior to filing an application in the Patent Office, or in the process of inventing one’s mark incorporating a name or image, it is recommendable to consult an IP specialist in order to obtain the assessment of the chances of registration of the invented mark and to avoid potential claims from third parties. 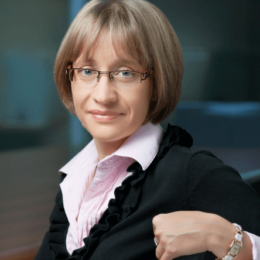